There is this thing that bothers me about the society – that is the more developed a city becomes, the lesser the value of life becomes. It seems to me that people are becoming increasingly indifferent to each other. People are becoming more and more focused on the here-and-now; fearing that the necessities of livelihood will not be met. And in all other aspects of intellectual development, people seem to be blinded by something.

Building on Weber’s Protestant ethics and the spirit of capitalism, we see the world growing methodological behavior, calculability, and reflexivity (CrashCourse, 2017). With this, the economy in the modern era grew exponentially with people following standardized method to mass produce goods in a calculable manner, and people in the research faculties work reflexively to find new ways to improve their method of working.

Not that this is bad, but the social consequences that modernity brings is the realization of the Iron Cage and the Fragmentation of Values in Weber’s Thesis (Stanford Encyclopedia of Philosophy, 2007). Personally, this led to the increased lack of purpose in life, the over-emphasis on the here-and-now, and the blinded and often misguided rationalization of philosophical ideas.

As rightly pointed out in Weber’s thesis of the iron cage, many people in the developed and developing worlds alike are being caught in a social phenomenon whereby individual freedom is “reduced to a cog in a machine” or “trapped in a machine” (Stanford Encyclopedia, 2007). In a world where method and calculability are supposed to benefit humankind with its mass production of goods and economic growth, it seems to be downgrading humanity to a purposeless being.

With method and calculability manifesting itself in almost all industries, people are finding it extremely hard to find reasons for living in themselves.

In schools, students are often given standardized curriculum to master and tests to prove their aptitude in their chosen (or sometimes allocated) subject, then graduating to devote their entire lives to their learned craft.

In the workplace, people are given definite job descriptions to follow. The inability to meet the allocated standards will cause them to lose their position and their curiosity to venture beyond that will bring employers trouble.

The inherent limitation of individual freedom coupled with the promotion of critical thinking trapped the mind in the endless cycle of trying to make sense of life within the walls of the iron cage. The limitations of the will brought about the impersonality of modernity, leading to a life that is seemingly purposeless.

Over-emphasis on the Here-and-now

The inability to make sense of life’s purpose, coupled with the widespread doctrine of materialism that was founded on the foundations of modernity somehow creates the unconscious link between wealth and personal success. Personal success is characterized by achievement in any given vocation that one is in. Success in a career is normally defined by one’s status and salary. Success in education is likewise defined by one’s academic achievements. The over-emphasis on the pursuit of success made it appear that one’s life is purposeful and of high value. Likewise, the inability to attain the “success” that is defined by society will cause an individual to be labeled as worthless, stupid, or useless.

This over-emphasis on material success created a world that is obsessed with meeting KPI (key performance indexes); using that as a key indicator of performance. Individuals who are unable to meet the KPIs set by the authorities are many times neglected and dejected while people who are able to fulfill requirements are praised and promoted. This widespread phenomenon rejects human free will to work in a manner they want to and in accordance with what they seem best. This phenomenon also rejects the free will to explore the human talents during childhood by limiting education into a certain defined set of curriculum.

Of course, there are massive changes made in the 21st century in the realm of education. Most notably through the creation of big-picture learning whereby education institutions work to find out what interests the child most and groom them in their chosen field. However, more work needs to be done to improve the structure of work and education to encompass freedom of choice and the ability to maximize each individual’s ability to produce.

Now, regardless of the argument on an individual’s central life’s focus, it appears that the rational mind simply is not able to make an objective judgment on any given matter. By reasoning that all things within the observable universe are natural phenomenon [1], the limited mind will hence not be able to reason things that might be real and beyond the realms of the observable universe. This brings me to my next point about the blinded, and often times, misguided flow of logical explanations.

In the modern world, when people are faced with problems of any kind, they look at all the possible options they have and then make the decision that appears to be the most logical for them. Now, this judgment that they based their decision on is founded on what the society defines as “good” or “success”. From this, people make decisions that will give them the added leverage to attain a “successful life” without considering other aspects of life. These neglected aspects of life that stem from the failure to acknowledge The Ultimate Reality that is beyond the realm of the observable universe [2]. Hence, the realm of the physical world become the basis of all decision making.

A classic example of blinded rationalization is the omnipotent paradox that puzzles philosophers and theologians throughout history: Is God able to create a stone so large He can’t lift?

The fundamental issue of the problem is the placement of both subject and object in the same limited realm in which we can understand when they are obviously from different realities. When we disregard other realities beyond the observable, our judgment becomes misguided. Likewise, when deciding on important life’s choices such as who to marry, what career path to pursue, or causes to fight for, we lay down the options before us and put on the glasses of rationality, choosing what seems to be the best for us based on what society defines as “good” rather than taking into account the other forces beyond the physical realm that may influence the value of our choice.

There are, however, elements of things or beings beyond the realm of the physical reality that is constantly spoken about; things that often times prove the existence of something that is not in the realm that we are in. Spirits, ghosts, and paranormal activities are things that happen when the realm of another reality crosses with ours. Biblical accounts of miracles, transfiguration, and teleportation are also accounts that can only be explained by the intersections of realities, most notably when something that is of a higher reality changes the qualities of physics in the realm of the observable [3].

The search for God or a divine reality should also encompass results that are found closer to home. Results such as the “collective unconscious” that states that there are some attributes that all people share regardless of background. Theories about the natural law that is consistent in humankind are also worth noting when we search for evidence of an ultimate reality.

In order to mitigate the above social consequences of modernity, people will need to make sense of everything that is happening in the world. This includes finding their social standing within the limitations of their vocation and finding a purpose to make sense of the time they were given on earth. Purpose of this kind can never be found if one focuses within the constraints of the physical reality. Confined within the limitations of the physical world, one will never be able to identify realities that are beyond the observable world, let alone answering the question regarding life after our final breath.

Acknowledgment of The Ultimate Reality will help one find one’s standing in the entire observable world. This standing will help one determine important life’s decisions as well as set life’s goals that one aims to achieve within this short period of time. Knowledge of The Ultimate Reality will also help one have a rational and objective understanding of everything that is happening in the world.

Lastly, the acknowledgment of The Ultimate Reality will also be able to put critical problems into perspective. Problems such as whether or not there is a God, the issue of free will, or the problem of evil, will have absolutely no issue at all if we were to place them in the appropriate lenses.

Now that I have only merely scratched the surface of the complex yet important matter, I have to admit that there are still a ton of research required to be done. Research such as what is this Ultimate Reality exactly, what is in it, who controls it, or how do you prove its existence, needs to be done to substantiate this argument. However, for the purpose of this blog, I will focus my argument around this Ultimate Reality, evaluating the impact of its existence (or the lack thereof) on people’s lives.

[1] – The naturalistic point of view that almost all sciences are based on.

[2] – The idea of the Ultimate Reality is further explored in “Religion Redefined”.

[3] – There are studies that sciences cannot answer questions that theology cannot answer. The two must come together to answer some of the toughest questions in sciences that are often unobservable. I discussed this in “The Complementary Nature of Religion and Sciences”. 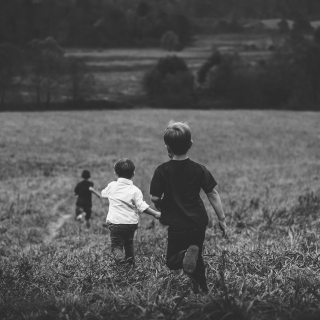