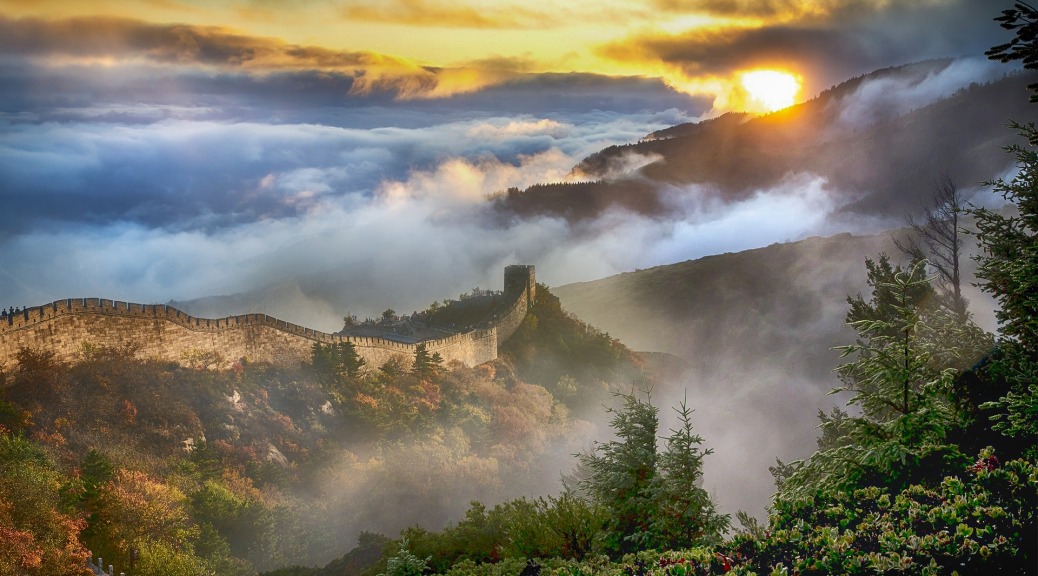 This is what the Lord says about His anointed: “Though you have not acknowledged me, I summon you by name and bestow on you a title of honour.”

This is what the Lord says to His anointed, to Cyrus, whose right hand I take hold of to subdue nations before him and to strip kings of their armour, to open doors before him so that gates will not be shut: ‘I will go before you and will level the mountains; I will break down gates of bronze and cut through bars of iron. I will give you the treasures of darkness, riches stored in secret places, so that you may know that I am the Lord, the God of Israel, who summons you by name. For the sake of Jacob my servant, of Israel my chosen, I summon you by name and bestow on you a title of honour, though you do not acknowledge me. I am the Lord, and there is no other; apart from me there is no God. I will strengthen you, though you have not acknowledged me, so that from the rising of the sun to the place of its setting, men may know there is none besides me. I am the Lord, and there is no other. I form the light and create darkness, I bring prosperity and create disaster; I, the Lord, do all these things…’ This is what the Lord says: “The products of Egypt and the merchandise of Cush, and those tall Sabeans— They will come over to you and will be yours; they will trudge behind you, coming over to you in chains. They will bow down before you and plead with you, saying, ‘Surely God is with you, and there is no other; there is no other god’.”
— Isaiah 45:1-7, 14, NIV.

There is something about Chinese politics that never fail to amaze. From the closeness of Chinese ideologies with Biblical teachings to the similarities in the structure of Chinese’ policies to God’s theocentric in the Bible, it’s hard not to see how the hands of God is shaping this lamp of the East.

As we consider the Spirit of China, it’s important to relook China’s position in the world through its guiding philosophy. Throughout its 5000 years history, the Chinese community has built its ideologies upon the foundations of Confucianism, Lao Tzu, Meng Tzu, and other key philosophers. Among them is an important philosophy of “The Great Way” (大道). In the words of Confucian, “When The Great Way prevails, the world will be equally shared by all” (大道之行也，天下为公) [1]. Built on the foundations of “The Great Way”, China worked itself up from being a third-world country to achieve its predetermined standard of “小康” (or “a society in which people lead a fairly comfortable life”). Following this, China marches on to share this prosperity with the world through the notion of “The Great Way” so as to bring about collective prosperity for all the world. It is on this foundation where China build its concept of the Global Village [2].

“Asia’s rapid development over the past decades shows that it is important to open one’s door to the outside world and ride on the trend of global economic development. If countries choose to close their doors and hide behind them, human civilisations would be cut off from each other and lose all vitality. We Asian people hope that all countries will reject self-exclusion, embrace integration, uphold openness and promote policy, infrastructure, trade, financial and people-to-people connectivity. This way, we can jointly foster a community with a shared future for both us Asians and all humanity.”
— President Xi Jin Ping, 2019, translated by the Ministry of Foreign Affairs of the People’s Republic of China [3].

Such is the ideology behind China’s One Belt One Road project — to welcome the world to share in China’s prosperity so as to achieve common economic development across the globe. And who could have guessed that it was God who placed this in the hearts of humanity; it was God who placed this longing for equality, justice, and peace, in the hearts of Kings.

“From the east I summon a bird of prey; from a far-off land, a man to fulfil my purpose. What I have said, that will I bring about; what I have planned, that will I do.”
— Isaiah 46:11, NIV.

“For Chinese civilisation, amity and good neighbourliness is the principle guiding our interactions with other countries; and to deliver prosperity and security to the people is the overarching goal, to keep pace with the times through reform and innovation the abiding commitment, and to achieve harmony between man and nature the underlying philosophy.
China today is more than the country itself; it is very much a part of Asia and the world. In the time to come, China will open its arms wider to embrace the world and contribute the dynamic achievements of Chinese civilisation to a better world in the future.”
— President Xi Jin Ping, 2019, translated by the Ministry of Foreign Affairs of the People’s Republic of China [3].

Such is the Spirit of China, the Spirit of prosperity, democracy, civility, harmony, freedom, equality, justice, law, patriotism, dedication, integrity, and friendship [4]. Grounded in 5000 years of history and philosophical revelations, China will propel the world a step closer to God. Through the economic miracle of China, people will look towards them and say, “surely God is with China”.

As we ponder about China’s guiding principle of “The Great Way”, I can’t help but wonder if Confucian’s “Great Way” is similar to Lao Tzu’s “The Way” [5]? And, is it coincidental that Jesus calls Himself, “The Way”?

Image by enriquelopezgarre from Pixabay
Follow my blog with Bloglovin