Paul did not say what the Athenians believe in was wrong. He merely pointed them to the true nature of God.

We live in a world that is lost and broken. And even though we celebrate a diverse variety of religious and cultural traditions, we realise that the bulk of humanity is lost.

Most Taoist practitioners do not know that. 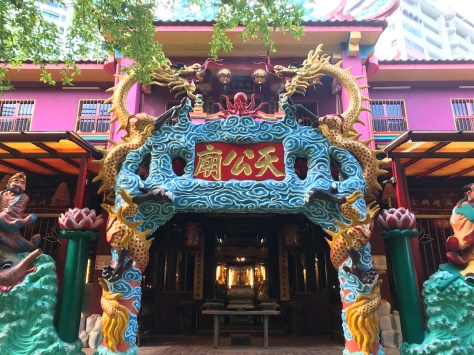 While waiting for my gramps to come home for a family gathering, I ventured into a Temple of the Jade Emperor near their home. Within the temple, there are many statues. So I spoke to the people working within the temple, asking them to tell me more about the gods that they worship. Almost all of them told me that they do not know the gods inside the temple. They just worshipped. I asked if they knew what they were doing. They said they do. They were just following the instruction of worship. 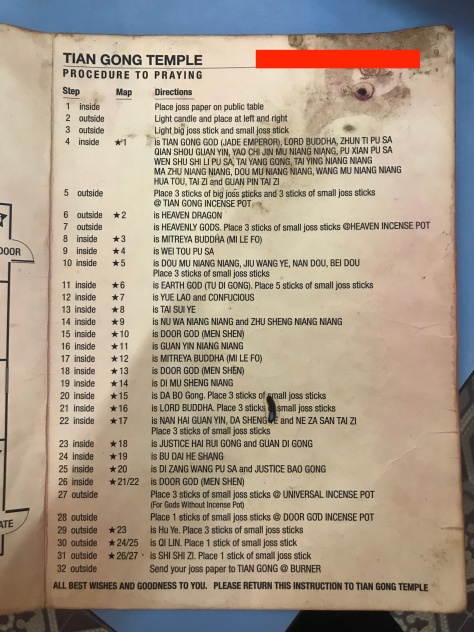 After talking to a few of them, they brought me to the Temple Owner （庙主）. I asked him to share with me about the gods. He briefly pointed some slightly prominent ones to me. He stood in the distance, far from the statues. He doesn’t seem too passionate in sharing about his faith, though. So I asked again.

“Who is the Jade Emperor?” I asked.

“That one in the centre,” he replied.

“There’s quite a few in the centre.”

“The biggest one is a thousand hands guanyin… No?”

“What small, he’s the largest.”

I walked towards the statue and saw a plague. It reads “The Jade Emperor of Heaven governs all of the Mortal and the other Realms, but ranks below the Three Pure Ones （三清道神）”.

He looked at me with disbelief.

“What Three Pure Ones? The Jade Emperor ranks lower than them? Can’t be!” he exclaimed as he walks towards the plague and takes a closer look.

“This is wrong! I need to tape this up!”

I looked at him and asked, “but the plague says so?”

“Wrong! Can’t be! I’ve not heard of the Three Pure Ones!”

At this moment, I have that conflict within me. To preach or not to preach? I chose to keep my cool and trust that the Lord will show Himself to the temple owner. Ultimately, the Three Pure Ones in Taoist mythology is the Trinity of Taoism, the Creator of the universe.

My heart conflicted within me as I pondered on the Taoist verses that the Holy Spirit brought to my attention.

“吾不知谁之子，象帝之先”
(I do not know whose Son it is. It might appear to have been like God.)
— Daodejing Chapter 5.

“天下有始，以为天下母。既得其母，以知其子，既知其子，復守其母，沒身不殆。”
(The Dao which originated all under the sky is to be considered as the mother of them all. When the mother is found, we know what her children should be. When one knows that he is his mother’s child, and proceeds to guard (the qualities of) the mother that belong to him, to the end of his life he will be free from all peril.)
— Daodejing Chapter 52.

Within these verses alone, we see the creation of the universe, the mystery of the Trinity, the relationship between the Son and the Father, and the adoption of all humanity to sonship.

The points mentioned above is similar to what Paul used when he preached to the people of Athens. He used their philosophical and religious texts to proclaim the mysteries of God. First, he pointed out that God created the universe and hence do not need to be served (Acts 17:24-25). Second, he pointed out that we are God’s offspring (Acts 17:28-29).

Paul did not tell them that what they believe is wrong. Paul however told them that they “ought not to think that the divine being is like gold or silver or stone, an image formed by the art and imagination of man” (Acts 17:29, ESV). He pointed them to the true nature of God and all that the Lord had done for them.

The Kingdom of God is truly rich in cultural diversity. Now, it is up to us to uproot eons of ritualistic legalism and to point people to the glory of the God of all creation and to help them see the riches of God’s mysteries.

For more information about the daodejing, visit: https://ctext.org/dao-de-jing
Follow my blog with Bloglovin