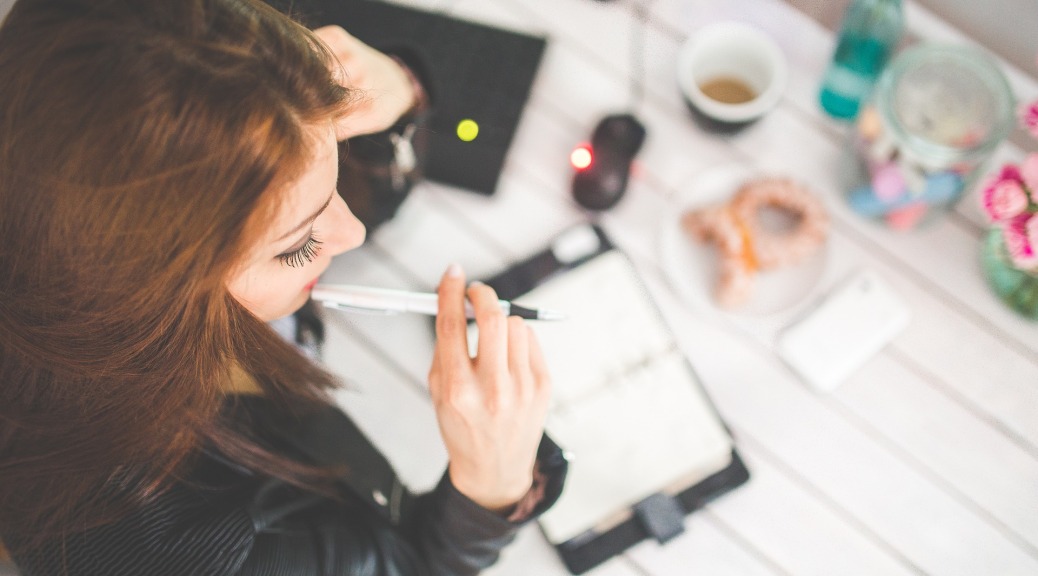 “My prayer is not for them alone. I pray also for those who will believe in me through their message, that all of them may be one, Father, just as you are in me and I am in you. May they also be in us so that the world may believe that you have sent me. I have given them the glory that you gave me, that they may be one as we are one— I in them and you in me—so that they may be brought to complete unity. Then the world will know that you sent me and have loved them even as you have loved me.
(John 17:20-23 NIV)

Throughout the complexities of the gospel, a simple truth stands out – the truth about the Eternal Unity of people from different communities embracing the Unity that the God-in-Three-Persons enjoy. The divine unity in itself can be viewed as the glory of God (John 17:24), complete joy (John 15:9-11), and a mystery (Ephesians 3:6). It is this Truth that the Church is tasked to make known, plainly, to rulers and authorities, in accordance to the eternal purpose that was accomplished through the Lord Jesus Christ (Ephesians 3: 9-11).

However grand the divine task may appear to the natural man, it seems to me that there is a gap that needs to be bridged in the post-modern world we live in today. There is a great, sometimes jarring, gap between the “secular” and the “religious”. And in the Christian world, the vault should be categorized as the greatest amongst all.

It need not, and should not be this way.

There is an increase in the debate in recent years about how sciences and religion are diabolically opposed. It does not help when science denies the existence of a divine being beyond the observable universe while the religious world calls “the wisdom of this world” as “foolishness” (1 Corinthians 3:19). On the contrary, science and religion should be mutually complementary to each other.

For the purpose of this article as well as this blog, I will centre my arguments around the Christian faith and how science from multiple disciplines can be applied to better our understanding of the Word of God as well as to enable us to make it plain to all who reads it.

The Need for Science

“But ask the animals, and they will teach you,
or the birds in the sky, and they will tell you;
or speak to the earth, and it will teach you,
or let the fish in the sea inform you.
Which of all these does not know
that the hand of the Lord has done this?
In his hand is the life of every creature
and the breath of all mankind.
Does not the ear test words
as the tongue tastes food?
Is not wisdom found among the aged?
Does not long life bring understanding?
“To God belong wisdom and power;
counsel and understanding are his.
(Job 12:7-13 NIV)

The basics of science are in the fundamentals of its method of inquiry, which is the process of how one finds out about the World and how it works (The Association for Science Education, 2017). Through the scientific inquiry, researchers are able to apply the principles of the scientific method that will allow scientists to conduct their research, record their findings, and subsequently allowing others to review them and to build upon what they have done (Scientific Inquiry, n.d.).

From this, we can deduce that the scientific inquiry appeals to the basis of logic and reasoning (Andersen, Hanne, Hepburn, & Brian, 2016). This method of inquiry has propelled the human race forward in the advancement of knowledge. It has brought about the enlightenment of many and in some cases, leading to the essence of counter-enlightenment.

In the sciences, the scientific inquiry has helped the human race improve medicine, cure acute diseases, blast off into other planetary systems, and reached for greater heights.

In the social sciences, the scientific inquiry has helped the human race better understand our innate self and our relational nature with others. It has greatly improved our ability to observe, analyze, and understand how things come to be and its very nature.

However, there is a limit to sciences. Durlauf (1997) explains that the limit of scientific inquiry can be seen as a twofold phenomenon. First, Durlauf argues that sciences (most notably, physics, chemistry, and biology) have already provided a rather accurate view of nature. Any further advancement in these disciplines will be derivative of these existing broad theories. Second, further advancements of the scientific inquiry are impossible when it in itself cannot claim empirical success. In such cases, experiments that are required to discriminate theories cannot be carried out. It is these two reasons that limit the scientific inquiry.

Infinity and the concept of God fall within the latter category where empirical calculations and research are near impossible to conduct. Even when theoretical physicist David Deutsch challenge the ability of science to compute “infinity”, the fundamental ability to have an insightful comprehension of what has been computed is a question in itself (Rees, 2017).

It is on this ground where religion should step in to help the natural man to comprehend something that is beyond the limits of the observable universe. As far as how the scientific method has based its method on logic and reasoning (sometimes to the extent of denouncing the existence of anything that is beyond the observable universe), one should always take a step back, recognise the limits of current sciences, and acknowledge that there are things out there that are beyond the realm of the seen – a certain power that started the Big Bang in the very first place.

The Need for Religion – Understanding a God beyond the Observable Universe

He has also set eternity in the human heart, yet no one can fathom what God has done from beginning to end.
(Ecclesiastes 3:11b, NIV)

One can deduce that it is this same desire that propels people to greater heights in the sciences that results in enlightenment. However, the limit of human understanding and the scientific inquiry seem to be confined to the realms of the observable universe. What we cannot see, we cannot measure. And whatever hypothesis that was theorized in the realm of the unseen, cannot be rebutted by scientific review. This calls for great humility, to put down the scientific mind and put on the religious mind, looking for Biblical wisdom that originates beyond the earth for clues as to questions asked.

Biblical wisdom can provide insights into the unseen world, sometimes in great details. Detailed description of how beings from beyond the conventional space-time universe may appear being within – but not limited to – the physical constraints of the world we live in, can be found within the pages of the scriptures. From the transfiguration of Jesus (Matthew 17:1-8, Mark 9:2-8, Luke 9:28-36), to Moses’ face shining like the sun after meeting with God (Exodus 34:29-35), to how Philip teleported (Acts 8:39-40).

It is these graphic descriptions that can give scientists a better understanding of what actually went on when multi-dimensional beings crossed with the observable universe we live in, answering some of the most profound questions in the scientific world till date.

Consider how Biblical accounts of these out-of-the-world events may improve our finite understanding of the observable world, and give us a greater insight to the sovereignty of God as the ultimate creator of the Universe – both seen and unseen.

The heavens declare the glory of God;
the skies proclaim the work of his hands.
Day after day they pour forth speech;
night after night they reveal knowledge.
They have no speech, they use no words;
no sound is heard from them.
Yet their voice goes out into all the earth,
their words to the ends of the world.
(Psalms 19:1-4, NIV)

Scriptural analysis without the application of science limits the natural man from tapping into the richness of the Wisdom of God. It limits scriptural understanding of what is narrated on the surface and its theological application. It blinds the eye of the natural man to scientific inquiries of the created order and the logic of the divine designer.

Religion without science blinds the natural man to the glory of the Maker – the knowledge that the Maker possesses and His ultimate love for the created being. Religion without sciences also leaves the natural man to ponder scriptural descriptions without basis. Without proper analysis of science, religion has failed to answer countless questions in its discourse. In some cases, the lack of explanation results in the stumbling of faith as well as the lack of appreciation for scriptural texts.

Scientific inquiries help the learned man grapple with the wisdom of the Maker, ponder upon the logic and rationale of God’s handiwork, and better appreciate the hard work that the Maker has put into the created work in the name of love.

Scientific inquiries in the realm of the social sciences can also value add the learned man in his grasping of difficult scriptural concepts such as how the Triune God is uniquely Three Persons in One, and how we should indwell in Christ as Christ in each of us. Such concepts are, to the natural man, causes to stumble as we fail to properly conceptualize abstract terminologies within the scriptures, resulting in wrongful applications and teachings.

“Bring the whole tithe into the storehouse, that there may be food in my house. Test me in this,” says the Lord Almighty, “and see if I will not throw open the floodgates of heaven and pour out so much blessing that there will not be room enough to store it. I will prevent pests from devouring your crops, and the vines in your fields will not drop their fruit before it is ripe,” says the Lord Almighty.
(Malachi 3:10-11, NIV)

Complimentary use of the scientific method and biblical reverence to the Holy Scriptures allows the natural man to analyze the Truths about the unseen world beyond our observable universe. It offers clues to the sovereignty of God and the existence of other dimensions beyond that that we currently live in. Social analysis may be conducted in the realms of social sciences to prove the existence of a being beyond the observable universe just as how Durkheim uses suicide rates to analyze how other social factors impact a country (Durkheim, 1897).

Social analysis can be done based on the communities’ current attitude towards the divine being. Results of analysis should resemble predictions and promises within the Holy Scripture itself. No changes should be done unless the community is willing. Results of the study in itself will be sufficient to determine the existence of, and the consequent attributes of a divine being. Societal predictions can also be derived from a similar social analysis.

In conclusion, scientific inquiry helps us better appreciate the wisdom of God in the created universe, and revere His sovereignty over all that is created – seen and unseen. The two disciplines should be used to complement each other in their scientific inquiry of the observable world as well as scientific analysis of the unseen realm. Results of such analysis will give a definitive conclusion about the existence of the given deity as well as societal predictions of the near future.

The separation of either will leave a humongous gap in scientific inquiries, setting a limit for the understanding of either discipline.