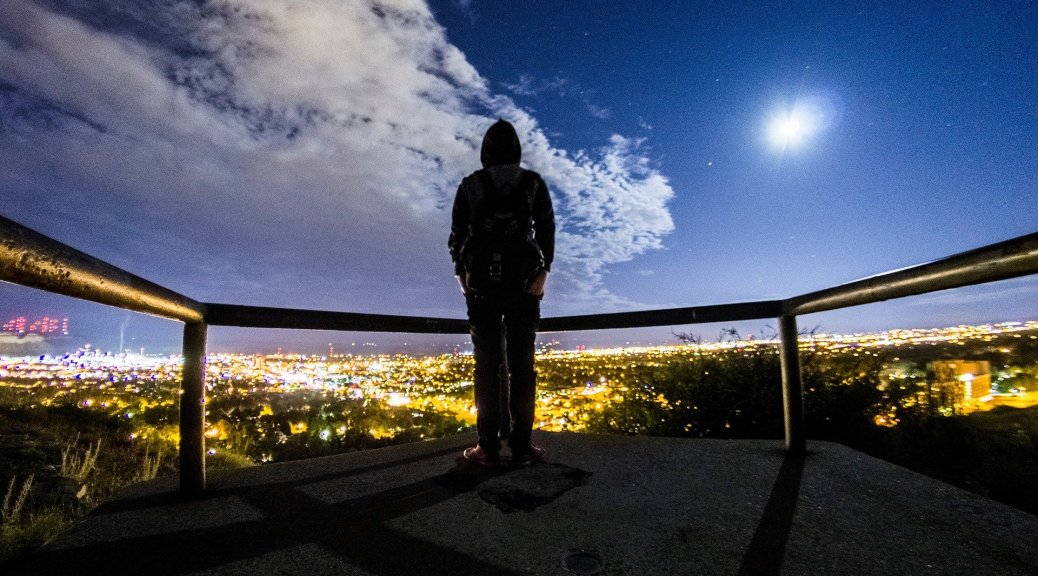 By your wisdom and understanding you have gained wealth for yourself and amassed gold and silver in your treasuries. By your great skill in trading you have increased your wealth, and because of your wealth your heart has grown proud. Through your widespread trade you were filled with violence, and you sinned. So I drove you in disgrace from the mount of God, and I expelled you, guardian cherub, from among the fiery stones. Your heart became proud on account of your beauty, and you corrupted your wisdom because of your splendour. So I threw you to the earth; I made a spectacle of you before kings. By your many sins and dishonest trade you have desecrated your sanctuaries. So I made a fire come out from you, and it consumed you, and I reduced you to ashes on the ground in the sight of all who were watching. — Ezekiel 28:4-5, 16-18, NIV.

This is a fictitious account of Lucifer’s Speech to his angelic comrades before his fall and expulsion from heaven [1]. In this text, the world had just been formed and civilisation was beginning to form. A grand meeting had just been held in heaven. During this meeting, God had just anointed Lucifer as the appointed Cherubim, the Lightbringer, to bring God’s light to the world and to unite humanity to God [2]. The year was 9400BC; in the Biblical timeline of Genesis 6, before the Great Flood.

Ladies and Gentlemen, fellow Sons and Daughters of God Almighty!

I am proud to announce to all of you that today all authority in heaven and on earth has been given to us [3]. By order of the Heavenly Commission [4], we are called to be the embodiment of Heavenly Light amongst men [5]. Now, in order to do that, I appeal to everyone to do our very best to bring out the best in humanity [6]. To do this, I urge all Heavenly Comrades present in this meeting to build humanity up by ensuring balance in all aspects of their lives [7].

Today, at this convention, I hereby present to you, the grand plan. I call it, “Atlantis” [8]. Built on the foundations of democratic socialism, we will build a technologically advanced state — a state where the whole of humanity will look up to and model after. Remember that we are called to be the Lightbringer to the world; we are called to be the salt that bring taste to the world [9]. Through the work of our hands, humanity will no longer need to be at the mercy of Mother Nature [10]. Remember, we are called to bring Light to the people made in the Image of God Almighty [11]. They have the rights to be Master of Their Lives. Come, let us lead humanity to greater heights. Together, we can help humanity accomplish their fullest potential as the Image of God [12]!

Given our knowledge and our wisdom of creation [13], many of you will be dispatched on ships [14] to the ends of the earth to educate and to teach. You are to build farms, roads, schools, hospitals, governments, and other infrastructures for these people [15]. Equip these mortals with the skills required to excel in life. Remember our calling — to bring Light to the world. Let us make the most of our resources to bring advancement to humanity.

Since the creation of the world, I noticed how humanity has devoted themselves to all sorts of violence and abuse. I’m sure all of you remember Cain and Abel [16]. Remember, we are not to let this repeat again! To curb this, I will dispatch some of you to advocate for all forms of human rights. This includes the freedom to express, the freedom to love, the freedom to work, and the freedom to live. It is our goal to protect everyone from all forms of violence. No one should ever be subjected to such injustice [17]!

Today, I am proud to announce that the World Government has been set up to oversee the implementation of our heavenly calling [18]. Many of you have been appointed to work alongside me to oversee the institution and the implementation of the work. It is not going to be an easy task; these people are such an obstinate bunch [19]. But we will never give up until we see the world reflect the Light of God!

[1] – Lucifer, also fondly known as “Satan”, was cast out of heaven. “How you have fallen from heaven, morning star, son of the dawn! You have been cast down to the earth, you who once laid low the nations!” — Isaiah 14:12, NIV.

[2] – In Isaiah 14:12, Lucifer was called “the Morning Star” and the “Son of the Dawn”. In Ezekiel 28:12-19, Lucifer was the “anointed cherubim”, personally ordained by God on God’s Holy Mountain. However, because of Lucifer’s trading enterprises, he has grown proud of himself to the extent where he called himself God. This pride led God to expel him from heaven and to have all his work destroyed.

[3] – This is a reference to what Jesus said to His disciples when He gave them the Great Commission. Matthew 28:18.

[4] – The “Heavenly Commission” is a reference to the Government of God, led by God Himself and supported by a team of twenty four elders who oversee all aspects of heaven and earth. Revelations 4:4

[5] – This is a reference to Lucifer’s initial calling — the “morning star”, the “lightbringer”.

[6] – This is a reference to God’s purpose of having His Light to shine within our hearts. 2 Corinthians 4:6.

[8] – “Atlantis”, was believed to be founded by a being who is “half god and half human”. In the writings of Plato (approx. 428 – 347 B.C.), “Atlantis” was said to be a utopian civilisation and a great naval power some 9000 years before Plato. The islands “contained gold, silver, and other precious metals and supported an abundance of rare, exotic wildlife”. However, Atlantis was never found and was thought to be destroyed overnight. Read more about “Atlantis” here: https://www.nationalgeographic.com/history/archaeology/atlantis/

[10] – At the heart of the serpent’s temptation to Eve was humanity’s innate desire to be our own God. Genesis 3:4-5.

[12] – Humanity’s desire for control stems from the Divine design of being created in the Image of God. Being in the likeness of God propelled people to seek justice and moral righteousness. However, being one’s own god also meant denouncing the sovereign kingship of God.

[13] – Lucifer was in God’s presence at the moment of Creation. During then, he was walking amongst fiery stones. Ezekiel 28:14.

[14] – Atlantis was a naval country that was technologically advanced. It can be said that it uses its naval power to sail the world’s oceans to reach people groups in all parts of the world.

[15] – Referring to China’s Belt and Road project and the Ancient Silk Road, it can be speculated that Lucifer could have done the same during his time. Though it was uncertain what was accomplished, Bible did mention about widespread trade. Ancient records by Plato also mentioned that nations from all across the world did trade with it. Hence, it can be speculated that there were ancient trade routes throughout the world with advanced ports and infrastructures built by the people of Atlantis. It can also be said that these people whom Lucifer sent out were the Nephilims. Genesis 6:4.

[17] – Lucifer is the angel of Light. 2 Corinthians 11:14. As the Lightbringer, he could have thought that his role and purpose is to uphold righteousness and justice.

[18] – This is a reference to the One World Government as prophesied to happen in the end times. As the King of Tyre (or Atlantis), it could also be seen that he has set up certain global institutions that enabled him great power and authority to govern affairs of the world.

[19] – This is a reference to Biblical accounts of how God’s chosen people are a bunch of stiff-necked people with uncircumcised hearts.

[20] – This is a reference to the Tower of Babel where humanity acquired the technology required to reach for the heavens so that they may make a name for themselves. Genesis 11:1-4.

Image by StockSnap from Pixabay
Follow my blog with Bloglovin