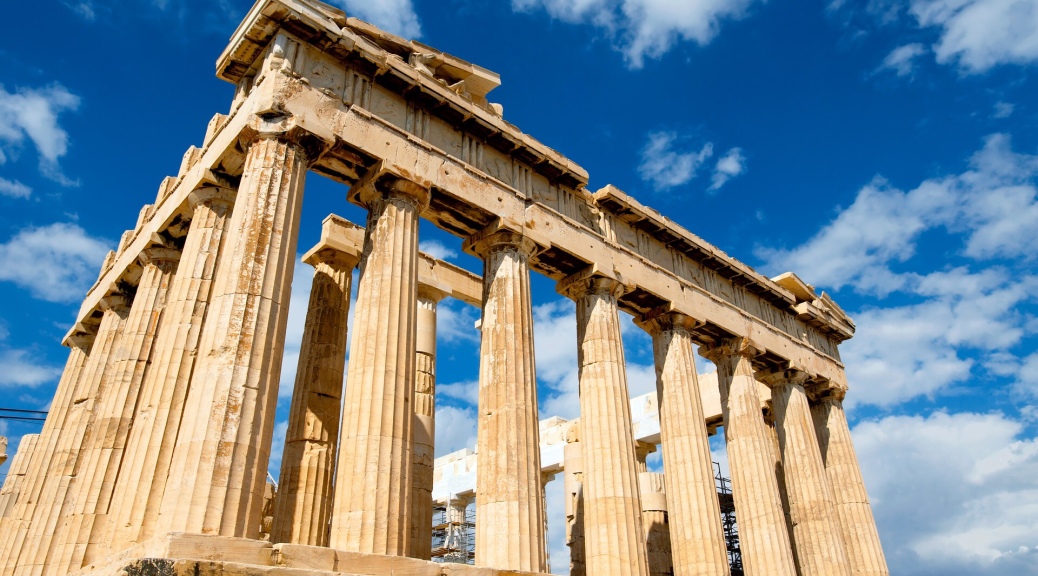 As Christians, we should view Global Politics not as citizens of the world, but as Ambassadors of God’s Kingdom.

Democracy.
di-ˈmä-krə-sē
1. government by the people
especially : rule of the majority
2. the absence of hereditary or arbitrary class distinctions or privileges

In short, democracy refers to the power of the people. It is the putting aside of the differences between people (whether gender, class, or statuses) and to allocate to equal political power to all people. And democracy is dangerous.

In ancient Athens, Socrates was killed when voters voted that he was guilty of the charges placed upon him [1]. In an unlikely parallel part of history in ancient Rome one fateful Friday, Jesus was likewise placed on trial with the entire crowd, persuaded by the chief priests and elders, shouting to have Jesus executed [2].

In fact, the horrors of democracy goes way back to the Old Testament when the people gathered around Aaron demanding that “gods” be made in replacement of the One True God and their leader Moses [3].

When we place all of these stories together, we realise a trend. A trend that speaks of the detrimental failures of the people, how easy they can be swayed to the waves of charisma, and how disastrous the consequences may be if power lands onto the hands of the impressionable.

Zooming out and looking at the larger picture, the problem with democracy is not limited to the nation. It is global. Consider how the entire global community condemns North Korea for the things they are doing, how the global community unites against Islamic terrorism, and how the global community unites against Trump for withdrawing from the Paris Agreement. We see pressure placed on national leaders for their failure to conform. We see a global power in play; a power that is deeper, stronger, and more powerful than any political system on the surface of the planet.

As ambassadors of God, we represent Him and the kingdom He rules. In this kingdom where God rules, we adhere to Theocracy [9].

[2] – But the chief priests and the elders persuaded the crowd to ask for Barabbas and to have Jesus executed. — Matthew 27:20, NIV.

[3] – When the people saw that Moses was so long in coming down from the mountain, they gathered around Aaron and said, “Come, make us gods who will go before us. As for this fellow Moses who brought us up out of Egypt, we don’t know what has happened to him.” — Exodus 32:1, NIV.

[4] – One of the seven angels who had the seven bowls came and said to me, “Come, I will show you the punishment of the great prostitute, who sits by many waters. With her the kings of the earth committed adultery, and the inhabitants of the earth were intoxicated with the wine of her adulteries.” Then the angel said to me, “The waters you saw, where the prostitute sits, are peoples, multitudes, nations and languages. — Revelations 17:1-2,15, NIV.

[6] – We are therefore Christ’s ambassadors, as though God were making his appeal through us. We implore you on Christ’s behalf: Be reconciled to God. — 2 Corinthians 5:20, NIV.

[9] – Theocracy – a government of a state by immediate divine guidance or by officials who are regarded as divinely guided. Read more here: https://www.merriam-webster.com/dictionary/theocracy

[14] – Let everyone be subject to the governing authorities, for there is no authority except that which God has established. The authorities that exist have been established by God. — Romans 13:1, NIV.

[15] – This is also why you pay taxes, for the authorities are God’s servants, who give their full time to governing. Give to everyone what you owe them: If you owe taxes, pay taxes; if revenue, then revenue; if respect, then respect; if honor, then honor. — Romans 13:6-7, NIV.

One thought on “Rethinking the Christian Identity in a Democratic State”