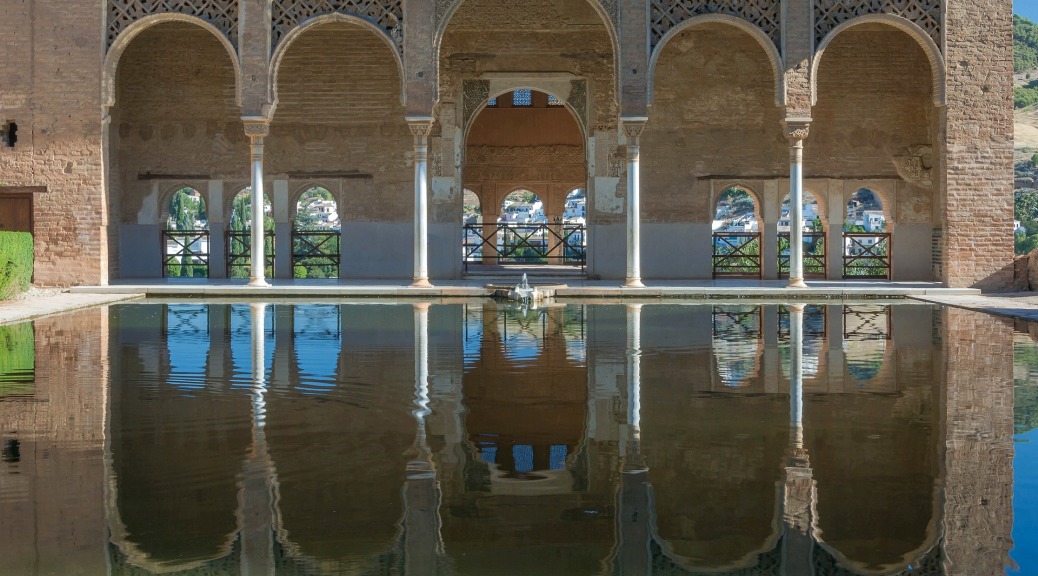 This is a controversial topic that I believe, many have been debating about since the beginning of Christianity – Who is Jesus (or ‘Isa’)?

For this post, I will lay down some of the key verses in the Quran, the Taurat, and the Injil about Jesus and leave this open for debate.

I have indicated the sources below. So, feel free to click on the references and verify what I have written.

The angel Gabriel’s proclamation to Mary about the birth of Jesus.

When the angels said: O Marium (also known as Mary), surely Allah gives you good news with a Word from Him (of one) whose name is the Messiah (also known as Christ, or ‘Al Masih’), Isa son of Marium (Jesus, Son of Mary), worthy of regard in this world and the hereafter (Life beyond death) and of those who are made near (to Allah).
– Quran 3:45

Mary was conceived by the Holy Spirit.

Purpose of Jesus on Earth

And He (God or ‘Allah’) will teach him (Jesus or ‘Isa’) the Book and the wisdom and the Tavrat (Old Testament) and the Injeel (also spelled as the “Injil”, or the New Testament Bible).
– Quran 3:48

And We (God or ‘Allah’) sent after them in their footsteps Isa (Jesus), son of Marium (Mary), verifying what was before him of the Taurat (Old Testament) and We gave him the Injeel (New Testament) in which was guidance and light, and verifying what was before it of Taurat and a guidance and an admonition for those who guard (against evil).
– Quran 5:46

Jesus was Strengthened by the Holy Spirit

And most certainly We gave Musa (Moses) the Book (Old Testament) and We (God or ‘Allah’) sent apostles (prophets) after him one after another; and We gave Isa (Jesus Christ), the son of Marium, clear arguments and strengthened him with the holy spirit, What! whenever then an apostle came to you with that which your souls did not desire, you were insolent so you called some liars and some you slew.
– Quran 2:87

And (make him, Jesus) an apostle to the children of Israel: That I (Jesus or ’Isa’) have come to you with a sign from your Lord, that I determine for you out of dust like the form of a bird, then I breathe into it (clay bird) and it becomes a bird (becomes alive) with Allah’s permission and I heal the blind and the leprous, and bring the dead to life with Allah’s permission and I inform you of what you should eat and what you should store in your houses; most surely there is a sign in this for you, if you are believers.
– Quran 3:49

He was naught but a servant on whom We bestowed favor, and We made him an example for the children of Israel.
– Quran 43:59

Jesus is the Good Shepherd

Surely he took up our infirmities, and bore our sorrows, yet we considered him plagued, struck by God, and afflicted. But he was pierced for our transgressions, he was crushed for our iniquities; the punishment that brought our peace was on him; and by his wounds we are healed. All we like sheep have gone astray; everyone has turned to his own way; and Allah has laid on him the iniquity of us all. He was oppressed, yet when he was afflicted he did not open his mouth. He was led like a lamb to the slaughter. As a sheep before its shearer is silent, so he did not open his mouth.
– Taurat; Shaya 53:4-7.

Jesus Ministers in The Father’s Name

Isa answered them, “I told you, and you do not believe. The works that I do in my Father’s name, these testify about me.
– Injil; John 10:25.

If Allah called them gods, to whom the word of Allah came (and Al-Kitab cannot be broken), why do you say of him whom the Father sanctified and sent into the world, ‘You blaspheme,’ because I said, ‘I am Ibn Allah?’
– Injil; John 10:35-36

Allah said to my Lord, “Sit at my right hand, Until I make your enemies a footstool for your feet.”
– Taurat; Zabur 110:1

The Father of Jesus Explained

Now while the Pharisees were gathered together, ‘Isa asked them a question, saying, “What do you think of al-Masih (Messiah)? Whose son is he?” They said to him, “Of Dawud (David).” He said to them, “How then does Dawud in the Spirit call him Lord, saying, ‘Allah said to my Lord, “Sit at my right hand, Until I make your enemies a footstool for your feet?”‘ “If then Dawud calls him Lord, how is he his son?”
No one was able to answer him a word, neither dared any man from that day forth ask him any more questions.
– Injil; Matthew 22:41-46

Jesus is in the Father, and the Father is in Jesus

But if I do them, though you do not believe me, believe the works; that you may know and believe that the Father is in me, and I in the Father.”
– Injil; John 10:38.

And when Isa came with clear arguments he said: I have come to you indeed with wisdom, and that I may make clear to you part of what you differ in; so be careful of (your duty to) Allah and obey me: Surely Allah is my Lord and your Lord, therefore serve Him; this is the right path.
– Quran 43:63-64

Jesus is the Way, the Truth, and the Life

‘Isa said to him, “I am the way, the truth, and the life. No one comes to the Father, except through me. If you had known me, you would have known my Father also. From now on, you know him, and have seen him.”
– Injil; John 14:6-7

Jesus Died on the Cross

After this, ‘Isa, seeing that all things were now finished, that Al-Kitab might be fulfilled, said, “I am thirsty.” Now a vessel full of vinegar was set there; so they put a sponge full of the vinegar on hyssop, and held it at his mouth. When ‘Isa therefore had received the vinegar, he said, “It is finished.” He bowed his head, and gave up his spirit.
– Injil; John 19:28-30.

But the Quran said Jesus did not die, it only looks like He died

And their saying: Surely we have killed the Messiah, Isa son of Marium, the apostle of Allah; and they did not kill him nor did they crucify him, but it appeared to them so (like Isa) and most surely those who differ therein are only in a doubt about it; they have no knowledge respecting it, but only follow a conjecture, and they killed him not for sure.
– Quran 4:157

But the Injil Preached that Jesus died for our sins, was buried, was raised, and appeared to more than 500 people.

For I delivered to you first of all that which I also received: that al-Masih died for our sins according to Al-Kitab, that he was buried, that he was raised on the third day according to Al-Kitab, and that he appeared to Cephas, then to the twelve. Then he appeared to over five hundred brothers at once, most of whom remain until now, but some have also fallen asleep.
– Injil; 1 Corinthians 15:3-6.

Jesus was Raised to be with God

And when Allah said: O Isa (Jesus), I am going to terminate the period of your stay (on earth) and cause you to ascend unto Me (Ascend to Allah) and purify you of those who disbelieve and make those who follow you (people who follow Christ) above those who disbelieve to the day of resurrection; then to Me shall be your return, so l will decide between you concerning that in which you differed.
– Quran 3:55

All the Angels Must Worship Jesus (who was in the Flesh); but the Devil (Iblis) Did Not

If you’re in doubt, ask those who read the Book

But if you are in doubt as to what We have revealed to you, ask those who read the Book before you; certainly the truth has come to you from your Lord, therefore you should not be of the disputers.
– Quran 10:94

But the End of the Matter, Muslim Believe that the Taurat and the Injil are Corrupted because Scholars Altered It.

Do you then hope that they would believe in you, and a party from among them indeed used to hear the Word of Allah, then altered it after they had understood it, and they know (this).
– Quran 2: 76.

But on account of their breaking their covenant We cursed them and made their hearts hard; they altered the words from their places and they neglected a portion of what they were reminded of; and you shall always discover treachery in them excepting a few of them; so pardon them and turn away; surely Allah loves those who do good (to others).
– Quran 5:13

God Condemn People Who Alters from the Word of God too, 550 years before the Quran

I testify to everyone who hears the words of the prophecy of this book, if anyone adds to them, may Allah add to him the plagues which are written in this book. If anyone takes away from the words of the book of this prophecy, may Allah take away his part from the tree of life, and out of the holy city, which are written in this book. He who testifies these things says, “Yes, I come quickly.”
Amen! Yes, come, Lord ‘Isa.
– Injil; Revelations 22:18-20.

But Allah will Remind Christians of the Truth.

And with those who say, We are Christians, We made a covenant, but they neglected a portion of what they were reminded of, therefore We excited among them enmity and hatred to the day of resurrection; and Allah will inform them of what they did.
– Quran 5:14

The Holy Bible (the Taurat and the Injil) were written over a period of 1500 years by approximately 40 authors. The last book – Revelations – was written between the period AD 81-96.

The Quran was written by Prophet Muhammad through the revelations from the Angel Gabriel between AD 609 – 632, over a period of 23 years.

Source of the Taurat and Injil is from:
http://www.al-kitab.org/webkitab/

Source of the Quran is from:
http://al-quran.info/

Jesus as our savior is not something new. (n.d.) Retrieved from http://www.salaammasjid.com/article/Jesus%20as%20our%20savior%20is%20not%20something%20new.pdf

How long did it take to write the Bible. (n.d.). Retrieved from https://www.gotquestions.org/write-the-Bible.html

Who wrote the Bible? (n.d.) Retrieved from https://www.biblica.com/resources/bible-faqs/who-wrote-the-bible/

4 thoughts on “The Islamic Jesus”