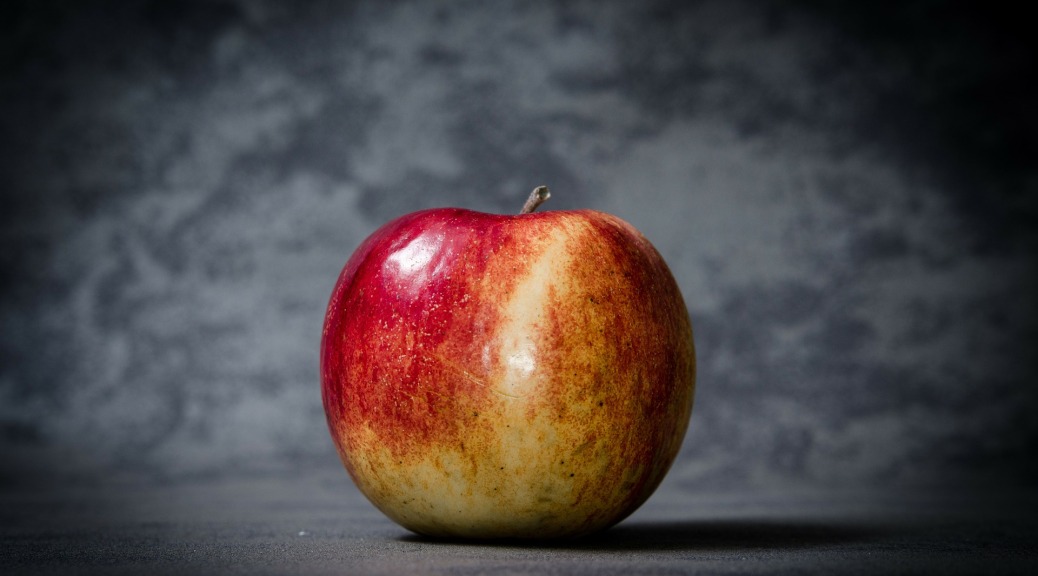 This is a dramatised monologue of Adam speaking to the modern audience. It was written based on personal interpretation with the blessed assistance of the Holy Spirit.

I’ve been to heaven [1].
I’ve tasted the goodness [2].
I’ve embraced the Presence of the Father.
We used to talk about anything and everything.
We used to joke [3] with each other about the features of every created animal and how the sun was the same size as the moon [4], and the Father will explain everything [5], and I will admire His profound wisdom.

I revere Him.
I adore Him.
His kindness, His gentleness, His love, His wisdom, are all attributes I wish to have.
As I walked with Him, I couldn’t help but think about His goodness.
Why can’t I just be like Him? [6]

One day, He revealed a big plan for me. The big plan for a partner. The idea got me so excited! Finally, I will get to see, touch, feel, communicate, and live with someone that I can see! [7] So He set to work and created many animals. He was so devoted to His craft that He even ensured the number of hair on each animal is based on what He’s designed. [8] It took Him some time to complete all the artwork but when it’s about done, He brought them before me and lined them up in a line. Then He said the most amazing thing ever, “name them for me”. [9]

I… Was given a chance to participate in His work…! What great honour is this! So, I did. I named them all.

I was so proud of the work I’ve done. But I’ve this feeling that He wasn’t too happy. He placed the animals by my side and kept quiet for some time. He seems to be thinking about something.

That’s when He created woman.
A being of the same flesh [10], sharing the same image [11]. She was perfect.

All the days of our lives, we roamed the garden, befriend the lions, and played with the tigers. We plug fruits from all the trees except the one in the centre (which He told me not to eat from), and we feast with every animal that He has created. [12] During then, we learned about the awesomeness of the Father together, admiring the beauty of His creation and grew in adoration for Him. [13] Every day, I sought God and Eve listened. And everything that the Father said, I will share with Eve. All the goodness about Father that I’ve experienced before she was created, I will share with her. [14]

It was all good, really. Until one day.

“Adam, why can’t we eat the fruit in the centre?” Eve asked curiously with her eyes sparkling with excitement as if to tell me something. “I know I know God said we can’t, but why not?”

An instant feeling of regret struck me as I thought to myself, “I… Don’t know. I did not ask God. How can I answer her?”

I tried to control myself for a bit and rebuked her, “why did you ask?”

I was taken aback by it for a moment. The snake? The snake which I saw God created, told Eve to eat the fruit in the centre? Shouldn’t the snake also obey God?

I was utterly confused.

The tree was surrounded by a massive serpent, larger than all that I have ever seen. It wrapped itself to the tree, slithering around the one-and-only fruit the tree has. The serpent was hissing something but could not really be heard. And as I got closer, the words get clearer. The serpent was repeating the statement, “Delight is in this fruit, for you will be like God.” [16]

Delight, really? I couldn’t believe what I’m hearing! Be like God, really?

The wish from the very beginning surfaced in my heart again. What if, by the eating of this fruit, I can be like God! I can have all the wisdom that He has; all His goodness and all His power, I can have them too! Then why did He say that I will die if I eat it! Is He lying to me all the while, knowing that I wanted this? [17]

My heart stirred in anger for God because He recognized that that’s what I want and He’s hiding it from me! How can the God almighty not give me what I want? [18]

Before I can control my emotions and my anger, I turned and saw Eve already eating it! She did not die! God lied!

I have outsmarted God. I have done something that God commanded me not to. Both of us did. I looked at Eve and am instantly reminded of the Father, and His image. I turned to the Serpent and he was laughing as he went away. I have done a horrendous thing, I guess? I don’t feel anything different, except that the Body that God has given me is no longer a delight. In fact, all I want to do was to cover it! I don’t want anything to do with the Father and the only thing left in the way is my body. What is this body? It’s such an embarrassment!

I never wanted God. In fact, I wanted to be like Him, being filled with wisdom to make all the necessary decisions for myself. I admire Him because He’s an idol that I look up to; not someone I’d submit to.

From this day on, I will make decisions for myself. The life I lead, I will live for myself. I am like Him, if not better. And if He can make all things, so can I.

[1] – Genesis 2:4-15. God formed man prior to the creation of vegetation on the surface of earth. In essence, the earth was not ready for human habitation. Hence, it is inferred that God created human in heaven and gave him life (verse 7). This is all before God readies the earth (verse 8), then planting Adam in the Garden of Eden (verse 15).

[2] – Adam and Eve had full communion with God the Father in a world that is without sin. Hence, it can be inferred that they have tasted the goodness of God.

[5] – One of the activities about heaven is the ability to communicate with God and to learn about His profound wisdom (What will we be doing, n.d.).

[6] – We are made in the image of God, hence there’s an innate longing to be like Him. However, as created beings, we must recognize our limitations as well as the fact that we are not God.

[7] – It is speculated that Adam at this very point in time is unable to see God physically. Though He is able to see God’s Presence. Given that there is no sin at the point in time, God’s Presence can dwell with Adam. However, God cannot dwell physically with Adam as God is beyond the created dimensions. Hence, for God to give someone whom Adam can see, touch, communicate, and live with is something extremely new to Adam.

[9] – Genesis 2:19 – God called Adam to name all the animals on the earth. During this time, it can be speculated that animals are able to communicate with humans because they were created to be Adam’s partners. However, the inability for humans to communicate with animals might arise from God’s curse of the Garden of Eden after the fall.

[12] – Genesis 1:29-30 – All animals feed on vegetation only. In the Garden of Eden, there is an expression of peace that no one can fathom. A form of peace where the wolf will live with the lamb, the leopard will lie with the goat, and an infant can play near a cobra’s den. (Isaiah 11:6-8).

[13] – Isaiah 11:9 – The earth is filled with the knowledge of the Lord just as how the waters filled the sea. There’s so much to learn about God during their days in the Garden of Eden.

[14] – It was inferred that there was already a certain hierarchal structure, that Eve will listen to Adam because Eve was created later. Adam would have known a lot more about the Garden and of God, hence Adam would have known the commands of God and the wisdom of God more than Eve. As an assistant to Adam, Eve’s may role was to care for the garden alongside Adam, and learning about God and His profound wisdom with Him.

[16] – Satan is a stark opponent to God. And since a person who honours God delights in the law of the Lord (Psalms 1:2), then a person who chooses something other than God will delight in all that God hates; in context, it is the consumption of the fruit. “Be like God” was taken from Genesis 3:5, in Satan speech that tempted Adam and Eve.

[17] – Matthew 5:22, 28 – Jesus’ view of sins arises from the motive itself, and not the act of committing. In Matthew 5, Jesus views anger as a motive for murder, and lust as a motive for adultery. Both motives are viewed as sin in His eyes. Hence, in the case of Adam, there was an underlying sinful nature of wanting to be like God. This innate desire, coupled with the serpent’s promise of satisfying that desire sparked the action of causing Adam to commit the very act God told Him not to.

What will we be doing in Heaven? (n.d.). Retrieved from https://www.gotquestions.org/doing-in-Heaven.html

One thought on “The Salvation Story – The Origins of Sin”